You Are Found Wanting

By maskedrider8
It is important for Malaysians, especially Malays, to understand the issue of the Anwar Ibrahim sex video clip in the proper perspective.
Bearing in mind that there are two sides to a coin, of course, we can then argue which perspective is the right one?
Bear with us. And if you do not agree with the perspective that we present, then ignore it as just another ranting of a delusional mind.
Firstly, why did the sex video clips emerge?
Obviously they are to prove that Anwar is not as saintly as he portrays himself to be.
Secondly, since the day Anwar was sacked from Umno and the Government in 1998, Anwar’s defence had been of political conspiracy and that he was a victim of defamation and lies.
The video clip this time is to prove otherwise. That Anwar is truly what he is accused of, committing sexual transgressions and not fit to be a leader.
Finally, the nation was divided when Anwar was first accused of sexual transgressions – many believed that he had committed them but, equally many were those who disbelieved it.
The video clips (since on the public domain it comes in four different parts though we are led to believe that there is only one full length disc) should bring to an end to the debate if it proves to be true that Anwar was the man with the China doll.
The matter was however made confusing because Anwar and his backers decided to throw a spanner to the plot.
It is understandable as taking it lying down (no pun intended) will only expedite his political demise. Much as it is expected but there are a few questions that need to be discussed and debated.
Anwar and his backers are vehemently denying that it is him and that the video clips are not authentic and the person or actor,  a look alike.
If that is the contention, the best option for Anwar and his supporters is to demand for the clips to be investigated and analysed by an independent body, foreigners if need be.
Then, if the clips are found to be not authentic as claimed by Anwar, and the person is not Anwar but a look alike, it would, not only redeem Anwar of the present sodomy accusations but also of the past charges.
The nation will, without hesitation, regardless of the verdict of the courts, perceive Anwar to be truly a victim of conspiracy, as he so often claims, and defamation arising from the most gutter of the political pits.
But Anwar, for reasons best known to him, chose to be on the defensive from the start.
If the clips are truly not him, Anwar should have allowed for those he accused as the conspirators to pursue the charade. As a seasoned politician, surely he would know about giving his enemies enough rope to hang themselves with.
From one report to another that was lodged by Anwar against the conspirators, he accused the Government, the Prime Minister, the AG and the police of conspiring against him in the video clips.
But not once did he attempt to find any scientific approach to prove that the person in the video clips is not him.
Other than making rhetorical statements such as the oft-repeated claims of political conspiracy, Anwar merely denied that it was him and got his wife and daughter to also make similar denials.
Unlike the “Datuk T” trio who were prepared to have the video clips analysed and authenticated.
Now, the whole video clips have been uploaded on the internet.
Who did it and how did it get there is anybody’s guess.
But the more pertinent point is that the whole episode is an attempt to sway public opinion as to realise who and what Anwar really is.
Even though those who have already decided that Anwar is a victim and may even choose not to want to view it, the video clips will not amount to anything.
However, for those on the fence, who are open to new evidence, who had given Anwar the benefit of the doubt, they are the ones that may be swayed and realise that Anwar is not the Islamic icon whom he used to portray to be in the early days of his political career.
Then there are those who are disgusted with the video clips being put on the public sphere.
They have a choice – view it as a piece of pornography or an evidence of Anwar’s sexual exploits.
Finally, if they believe it is truly Anwar, they have another matter to consider – is he fit to be a leader?
If they don’t think so, then Anwar should heed these words from the movie the Knight’s Tale:
“You have been weighed, you have been measured and you have been found wanting”.
Posted by Talisman at 23:45 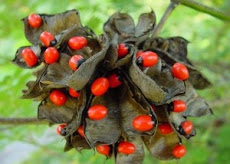